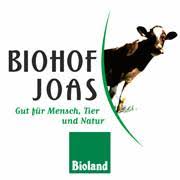 In our 60 kW biogas plant with cattle slurry/manure and grass, we have been using Active NS in the dosage with 20 g / m³ biomass for several years. The experiences so far have been positive. I have a good feeling about nitrogen dynamics and we will continue to use Active NS. 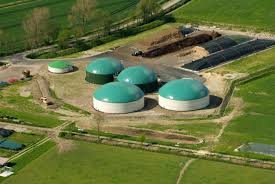 We manage a cattle and bull fattening farm with attached own butchery with grassland, arable farming and a biogas plant with 930 KW, which is feed with slurry/manure, grass-silage and corn.

For the past three months, we have been using Active NS in the biomass, with 20 g / m³ biomass. The biomass has since become more homogeneous and flowable. By upgrading and improving the biomass, we now have savings of 10 to 15% in the vegetable substrates, normally used in the biogas plant.

The biogas plant had for a long time great problems with a 1.5 m thick floating layer formation (due to a use of a lot of chicken manure) in the post-fermenter. Within a very short time, after the beginning with Active NS, we see a reduction and destroying of the floating layer. We do not notice any disadvantages and we continue to use Active NS regularly to avoid new layers of floating. 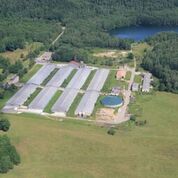 Since 2016, Ton van den Heuvel and his Czech plant manager Petr Dolejš, have been using Active NS as a slurry additive, and are very satisfied. Before, a floating layer tended to form on the slurry in the channels; and the flies were ‘a major catastrophe’, to quote Ton van den Heuvel.

‘I spent tens of thousands of Euros on fly remedies and insect growth regulators; we even tried out slurry flies’, he remembers, ‘without ever really being able to control the fly problem.’

Until a feed consultant told him about a product from Denmark - Active NS.

In Ton van den Heuvel’s fattening barns, improved homogeneity and flowability was the primary expected and resulting effect; the product dissolves the solid floating layers in the slurry channels, eliminating the habitat of most of the fly larvae.

Since then, Active NS is used every two months with 20 g / m³ manure, 10 kg are sufficient for 500 m³ manure. Ton van den Heuvel and Petr Dolejš have equipped a 1,000-liter plastic tank with a pump and a dosing tube for application.

’The problem with the flies is solved now and we humans as well as the animals are happy with the improved air quality in the barn’, Ton van den Heuvel explains. ‘Stirring is easier, too’, his employee Dolejš adds, ‘in the past, we had to add water to dissolve this floating layer, which was 25 centimeters thick. Today we are saving a lot of energy.’ Thus, Ton van den Heuvel also made this challenge. 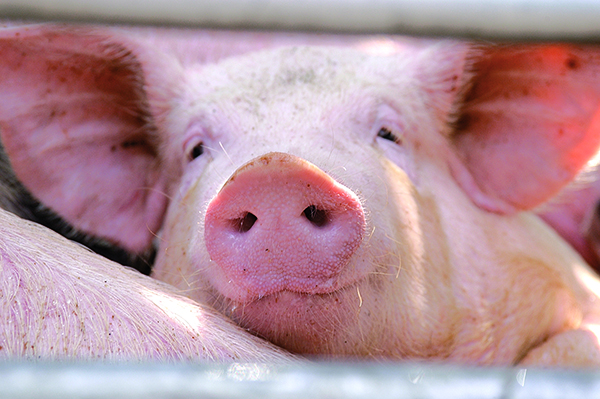 The feeding systems at Leisinks is nearly 100 %, based on liquid feeding, only in the boar and gilts rearing dry food is feed as pellets on feeders. In the liquid feeding, Ben Leisink is using lots of byproducts such as wheat bran, spent grains, brewer's yeast, whey and wheat from ethanol production.

Due to the fiber-rich by-products, many floating substances are in the manure, which led to a thick layer of floating in the 80 cm deep slurry channels. "That requires frequent stirring and that costs energy, time and work." Says Ben Leisink, who used Active NS for the first time in 2015 and had none of these problems since then.

"We realized soon in the stable, that there are less flies", said Ben Leisink. Less flies, means more rest in the stable. The animals can eat undisturbed, dealing, and sleep. This is ultimately reflected in the results, which speaks for itself, with over 30 weaned piglets per sow per year, in a purebred heard, is quite impressive. Reason enough for Ben and Gabriela Leisink, to employ Active NS in the future.

This website uses cookies to improve your experience while you navigate through the website. Out of these, the cookies that are categorized as necessary are stored on your browser as they are essential for the working of basic functionalities of the website. We also use third-party cookies that help us analyze and understand how you use this website. These cookies will be stored in your browser only with your consent. You also have the option to opt-out of these cookies. But opting out of some of these cookies may affect your browsing experience.
Necessary Always Enabled
Necessary cookies are absolutely essential for the website to function properly. This category only includes cookies that ensures basic functionalities and security features of the website. These cookies do not store any personal information.
Non-necessary
Any cookies that may not be particularly necessary for the website to function and is used specifically to collect user personal data via analytics, ads, other embedded contents are termed as non-necessary cookies. It is mandatory to procure user consent prior to running these cookies on your website.
SAVE & ACCEPT